Our team works in partnership with clients to minimise impacts to the environment, and are our greatest asset.

Between 2010 and 2020, Native Foresters contributed over 500 endangered, vulnerable or near-threatened species records to council and state government databases. 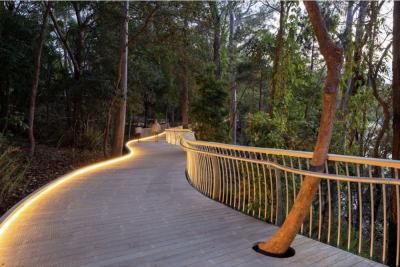 Native Foresters was commissioned to conduct environmental assessments to support the detailed design and legislative application process for the 400 metre Park  Road Boardwalk replacement between Little Cove and Mitti Street at Noosa Heads. 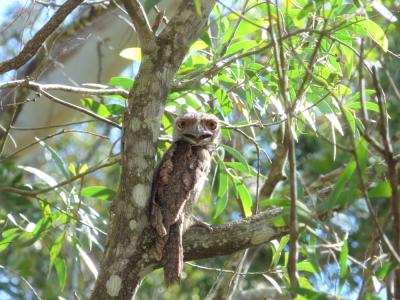 Native Foresters were engaged to conduct fauna surveys at a number of Environmental Reserves and Environmental Levy acquisitions across the Sunshine Coast region.

The surveys targeted mammals and reptiles within the reserves’ different habitat types, with a particular focus on koalas and species listed under the EPBC Act (1999) and NC Act (1992).

The survey methodology used was consistent with the Terrestrial Vertebrate Fauna Survey Guidelines for Queensland (DSITIA, 2012) and involved:

Field surveys were conducted over five nights and six days by a specialised team of mammal and reptile specialists, bat specialists and ecologists and replicated each season (autumn and spring) over a period of two years. 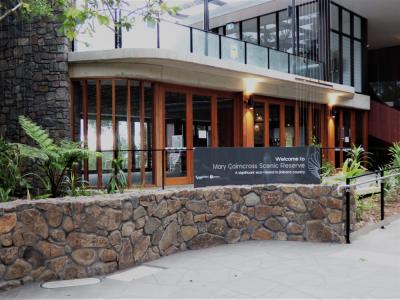 A program of building renewal was undertaken at Mary Cairncross Scenic Reserve to upgrade the kiosk and visitor centre. It was important to honour the Deed of Trust under which the Reserve was gifted and minimise impacts on remnant rainforest outside the current built footprint.

Native Foresters was commissioned by Sunshine Coast Council to conduct fauna surveys and habitat assessments of the building precinct between 2012 and 2016 and prepare a Species Management Plan for Vulnerable listed Tusked frog.

The project was exemplary in environmental planning, delivery and compliance, with minimal impacts on Tusked frog habitat and remnant vegetation occurring during construction following implementation of the Species Monitoring Program.

Retention of existing vegetation; water quality monitoring of a Tusked frog breeding pond; fauna exclusion fencing and fauna relocations were incorporated into the project’s Environmental Management Plan to ensure minimal disturbance to fauna populations and their habitat during the construction phase.

The construction phase of the project was completed in January 2017, with ongoing monitoring of Tusked frog populations in accordance with the SMP until January 2018. 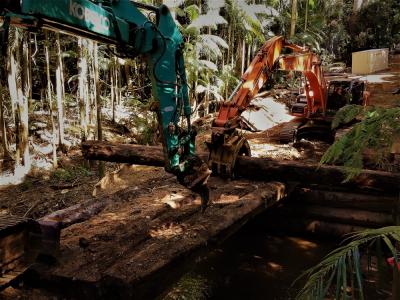 Native Foresters was commissioned by QPWS to conduct preliminary assessments of the fauna and flora species occurring within the footprint of proposed bridge upgrade works at Jimna-Bellthorpe Road and Bundaroo Creek bridge, with a particular focus on EVNT listed species.

Upon finding a Southern Myotis bat colony in the bridge at Bundaroo Creek, Native Foresters provided for ongoing species management, impact mitigation, and relocation of the colony prior to works. 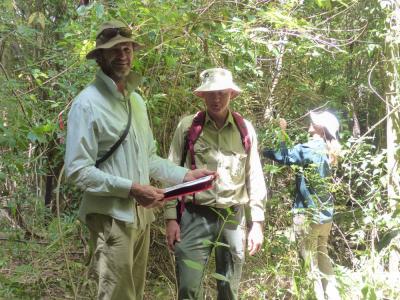 Landfill expansion projects were assessed against the relevant provisions of the Vegetation Management Act, Nature Conservation Act and Environmental Protection and Biodiversity Conservation Act, State Planning Regulatory Provisions for Koala, as well as the Sunshine Coast Planning Scheme, including self assessable codes and exemptions under the Sustainable Planning Act 2009 and Regulations.  The assessments included: 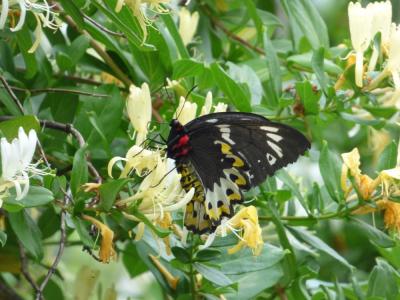 This project involved a pre-development survey for a bike path near a peri-urban road reserve in Eumundi.

Significant populations of Vulnerable and Near-threatened plants (Maroochy nut, Richmond Birdwing vine and Toothed kamala), as well as core breeding habitat for the Richmond Birdwing Butterfly and Pink Underwing moth were identified during the flora survey. The bikepath alignment was designed to minimise impacts on these species and on the riparian habitats of the North Maroochy River. 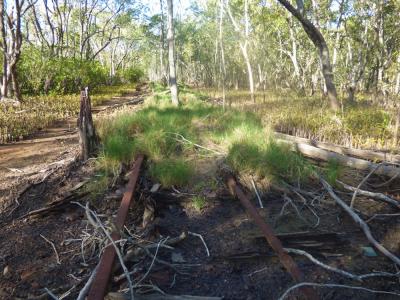 Native Foresters surveyed the construction corridor of a proposed boardwalk that traverses the Bli Bli Environmental Park and the Descendants of the Australian South Sea Islanders (DASSI) Cultural Land, at the end of Whistler Street, Bli Bli.

In addition to its ecological value, the site, including the old cane locomotive track, pylons and footings of old water structures and dwellings, and vegetation is of significant cultural value to the DASSI people, to whom it is known as ‘the old place’.

The original 2017 alignment over the locomotive track was subsequently revised in 2019 and moved slightly northwards, to exploit the unvegetated mud flats and existing gaps in the vegetation immediately adjacent to the locomotive track. This resulted in significantly less clearing of marine plants and avoided direct impacts to sensitive fauna habitat and areas of local cultural heritage.

The intent of the project was to educate and raise community awareness about the cultural, historical  and ecological significance of the site through the use of interpretive signage and by facilitated access along a boardwalk. 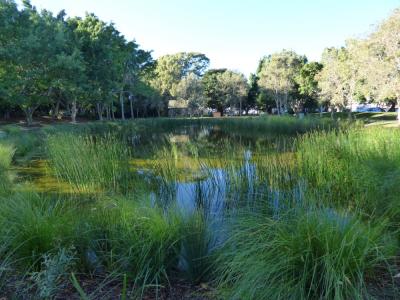 As part of the Jessica Pond Remediation Project, Native Foresters was commissioned by Bligh Tanner Engineers to conduct a fauna and flora survey of the waterbody areas around Jessica Park, Minyama and prepare a Fauna and Flora Construction Management Plan.

The Fauna and Flora Construction Management Plan enabled the client to: 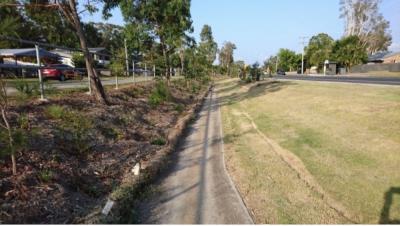 Native Foresters was commissioned by Sunshine Coast Council to undertake a program of street planting and landscaping.

This project involved the supply, planting and ongoing maintenance of both advanced growth street trees as well as native tubestock. A planting plan was designed in co-operation with Landscape designers from SCC and successfully implemented with resultant improvements in the local street amenity. 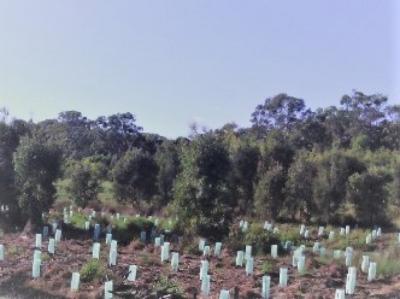 Native vegetation along the north and south channels of Sippy Creek was restored through an extensive riparian and wetland planting of 160,000 native tubestocks.

This project was a prize winner at Sunshine Coast Environment Awards 2007. Revegetation of five native ecosystem types was undertaken as part of the rehabilitation of Sippy Creek at Sippy Downs. Remnant vegetation was retained onsite as were habitat features for native fauna species. 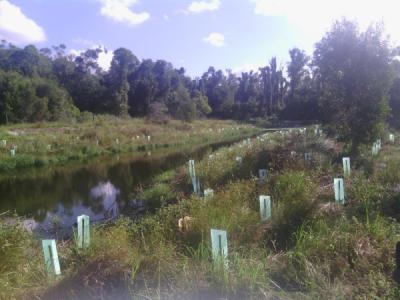 The site’s topography was retained and the site was de-watered with the outlet pipe lowered in order to increase the potential planting area onsite. This resulted in a planting area of approximately 7,200m2 with planting rows following the contours of the site.

An analysis of the site determined that the adjacent remnant vegetation was Regional Ecosystem 12.2.7:  Melaleuca quinquenervia open forest on sand plains. Based on the composition of this RE type, 1,500 Paperbark tea trees (Melalueca quinquernervia),  Queensland Blue Gum (Eucalyptus tereticornis) and Swamp banksia (Banksia robur) were used in the planting.

All existing native vegetation on the site was retained and incorporated into the revegetation works. 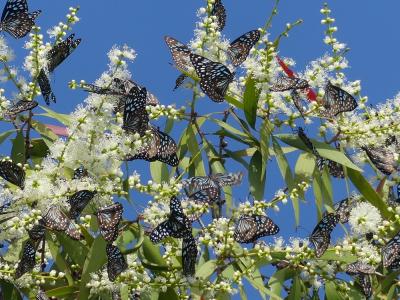 Native Foresters was commissioned to prepare a Weed Management Plan (WMP) and Rehabilitation Plan (RP) within the footprint of a proposed caravan park upgrade.

Queensland Government declared pest species, weeds of national significance and species on the National Environmental Alert List were subject to this plan as well as all local habitat-changing species. The plan addressed works and actions required to achieve compliance with the Sunshine Coast Regional Council’s Biodiversity Strategy 2010-2020 and Waterways and Coastal Management Strategy 2011-2021.

The aims of this project were to: 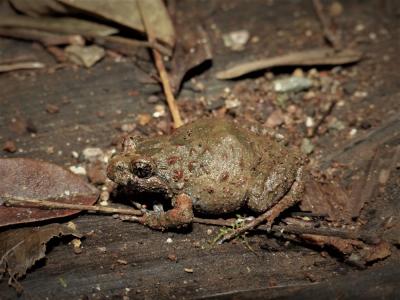 Following a flora and fauna survey of an area of remnant native vegetation in Traill Park, Maroochydore where vulnerable-listed Tusked Frog (Adelotus brevis) was  found, it was determined that the site contained breeding habitat for the species.

A Species Management Plan was prepared for the Queensland Department of Environment and Heritage Protection in order to mitigate potential impacts on this breeding habitat as a result of clearing, construction and road widening works and to seek the required approval from EHP to tamper with their   breeding places.  A number of impact mitigation measures were recommended. 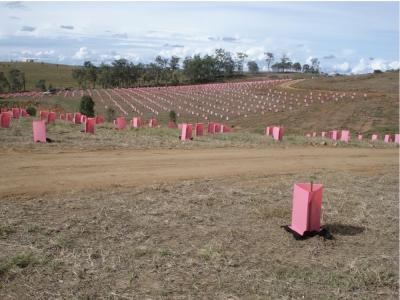 Some of our projects from South East Queensland and Northern New South Wales.